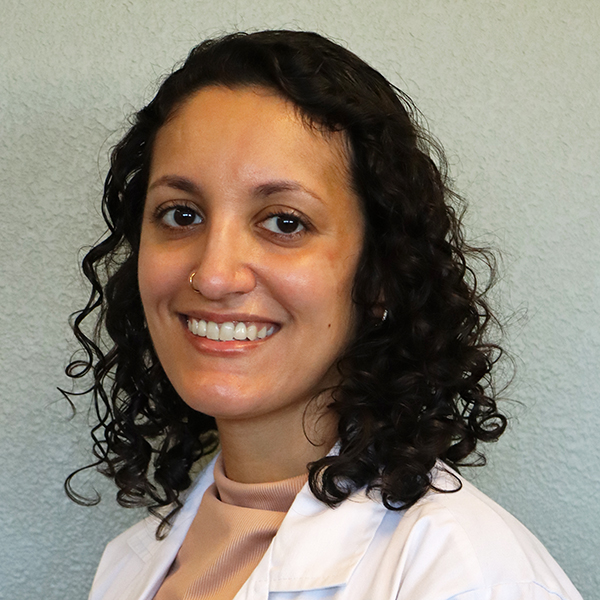 Samia is a third-year veterinary student from the University of Missouri (Mizzou) and will graduate in 2022. She grew up in the Chicago area and knew from a young age she wanted to work with animals, but was unsure on how to get started.

“I’ve always been interested in animals,” Samia said. “I knew I wanted to work with animals, but I just didn’t know how. But as I got older, I realized I really liked medicine, and I was teetering between human medicine and veterinary medicine.”

Eventually, Samia settled on animal medicine and is glad she did. After deciding her career path, Samia attended the University of Illinois at Urbana-Champagne for her Bachelor’s in Animal Science. She applied for vet school but was initially rejected. Undeterred, Samia went on to pursue a Professional Science Masters degree in Agriculture Production also at the University of Illinois. Samia also did a study abroad in Greece where she worked on a dairy farm for six weeks.

During her studies, Samia worked for a number of vet hospitals in the Chicago area. She assisted with preparing for surgeries and was an overnight receptionist. Samia also volunteered for various animal shelters where worked in animal caretaking. She worked for a nutrition research lab at the University of Illinois where she helped take care of the animals. She also worked for a wildlife clinic, gaining some experience with exotics.

She heard about the externship program during a talk at Mizzou and the experience of working with exotics, as well as cats and dogs, appealed to Samia. She said she’s excited to gain more experience, meet new people, and explore the Las Vegas area. Samia said she’s really interested in exotics, and would love to work for a clinic that treats small animals as well as exotics after graduating from Mizzou.

In her spare time, Samia enjoys hiking and loves exploring new cities. She’s a big fan of movies and food and enjoys visiting small, art theaters. She has a black cat named Nimra and grew up with a German Shephard-Rottweiler mixed dog and a rabbit.

Welcome to the team, Samia!