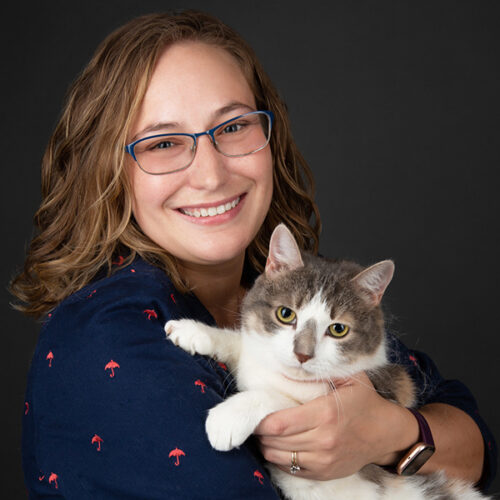 Erica is a native of Southern New Jersey and grew up near Cape May. She and her husband moved to the Las Vegas area earlier this year for her husband’s job at the Veteran Affairs hospital in North Las Vegas. Erica said that so far, she adores living in Las Vegas.

“We haven’t been able to do a lot on The Strip, but we’ve gone hiking, done the bike trails, just driving around and seeing the mountains is amazing,” she said. “Where I lived in Jersey, it’s very flat. I thought I wouldn’t like the desert, but it’s actually very beautiful.”

Growing up, Erica’s parents bred German Shepards and her mother also worked for a local veterinarian office. She said her parents handled several adult dogs, a couple of litters (kittens included), and a few cats by the time she was born. Erica joked that she “came last on the totem pole.” During her college years, Erica also had a couple of pet rats.

“I’m just a big animal lover in general, including snakes and spiders,” she said.

A self-described math nerd, Erica graduated from Liberty University with a degree in mathematics. Originally, Erica considered becoming a math teacher and even got her teaching certificate. She said she’s dabbled in a few things since graduating, but nothing felt like the right fit for her.

“I’m just a curious math nerd,” she said. “So I just like doing things I have to learn a lot about, and things that are challenging.”

In her spare time, Erica likes to solve puzzles, whether it’s sudoku or regular puzzles. She also enjoys biking, hiking, and bowling. She has three cats named Aragorn, Gandalf, and Ziggy Stardust. 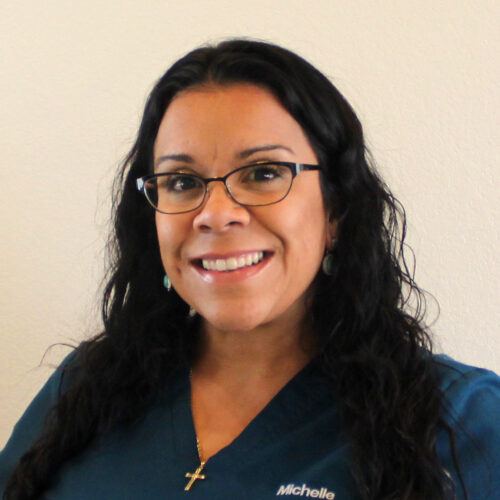 Michelle was a receptionist for Lone Mountain Animal Hospital from 1999 to 2003, when she decided to work on her growing family.  She is now enjoying being back and is very passionate about helping in the care of our clients and pets.

Michelle and her family share their home with Penny, a Terrier mix, and Amaya, a Rottweiler mix.  Michelle’s interests include hiking, camping, and reading romantic novels. 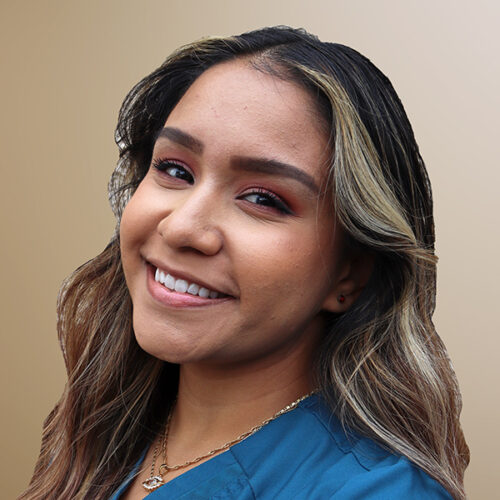 Daisy was born in California but grew up in the Las Vegas area. She started her career in animal medicine when she was about 18-years-old. She started in kennel and taking care of the animals before eventually worked her way up to customer service and reception, and then became an exam room assistant.

Daisy has worked at other animal clinics throughout the Las Vegas Valley and has been at Lone Mountain Animal Hospital for four years.

“I love it because every single day I come in, we see so many different animals and exotics,” Daisy said. “Exotics are especially my favorite.”

In her spare time, Daisy enjoys traveling, staying active by going to the gym, and enjoying outdoor recreational activities like hiking. She has two Huskies named King and Mila, a Lab-mix named Clay, and a Chihuahua named Tails. 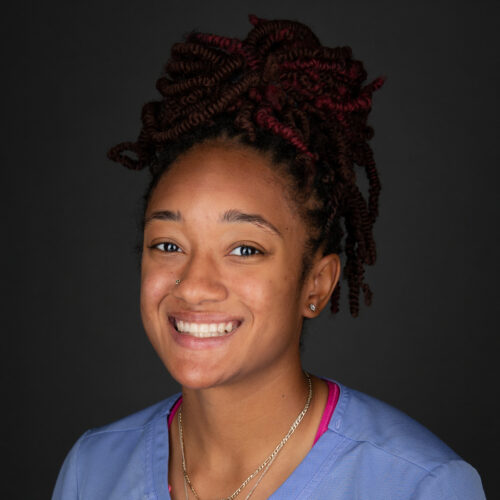 Bria is the Kennel Supervisor at Lone Mountain Animal Hospital and is from Los Angeles, California. She and her family moved to the Las Vegas area when she was about 7-years-old. Bria started working at Lone Mountain when her neighbor, Michelle (the Customer Service Supervisor) suggested she apply to work at the hospital.

“This is my first job, so she got me my first job,” Bria said. “Michelle gave me the opportunity to learn, and I’ve stuck with it for three years now.”

Bria said her favorite part of working at Lone Mountain is seeing the different reptiles that come in, except for snakes. She said snakes terrify her. Bria also enjoys seeing the pigs and goats that come in for visits at the hospital.

In her spare time, Bria enjoys working out and play basketball. She has two Maltese-Terrier-Chihuahua mixes named Blackjack and Ace. 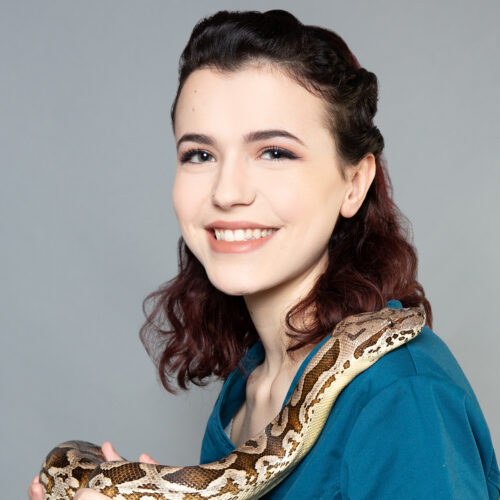 Dallas received her degree from the Pima Medical Institute and became a Licensed Veterinary Technician in May of 2018.  Dallas owns 2 Pit Bull mixes named Maisie and Mishka, as well as 13 snakes and 2 leopard geckos. 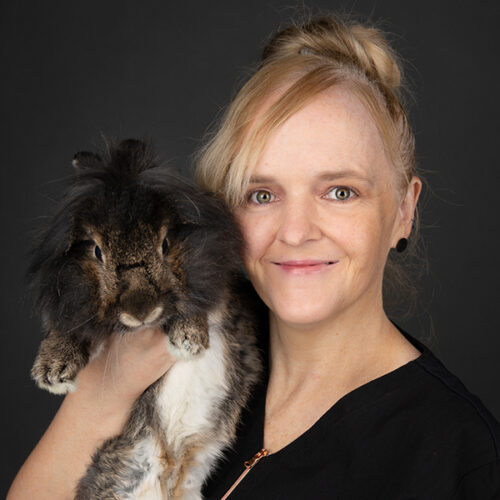 Tammy is Lone Mountain Animal Hospital’s head veterinary technician and has been a vital team member since 1996. Tammy obtained her LVT License after graduating from CSN’s Veterinary Technology program here is Las Vegas. Outside of Lone Mountain, Tammy enjoys spending time with her husband and 2 children. She has a spoiled desert tortoise at home named Turbo. 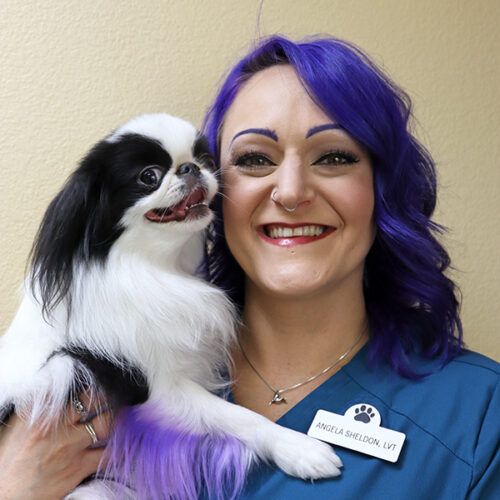 Angela is a Licensed Veterinary Technician at Lone Mountain Animal Hospital and is from Tampa, Florida. She’s been a vet tech since 2007. Angela and her husband moved to the Las Vegas Valley in May 2020 for her husband’s job, and she quickly joined the team at Lone Mountain shortly after.

Angela said she knew she always wanted to work with animals and found out about the vet tech program while attending St. Petersburg College in St. Petersburg, Florida. Prior to working at Lone Mountain, Angela’s previous experience with exotics mainly included rabbits, guinea pigs, and ferrets.

She said the best part about her job is forming bonds with the patients and watching their recovery. Angela said she also likes building relationships with clients.

In her spare time, Angela enjoys traveling and trying different types of food at restaurants. She and her husband have several pets, including a Japanese Chin named Brad, a Boston Terrier named Tina, a Chihuahua named Juan Carlos, a Green-Cheeked Conure named Kevin, a Rose-Breasted Cockatoo named Todd, and two cats named Helen and Sam. 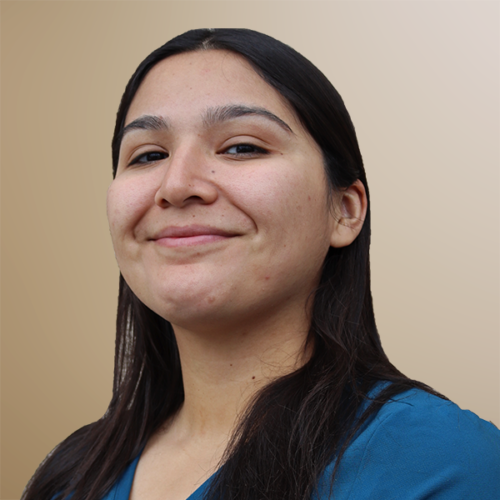 Jessica was born in the Los Angeles, California area and moved to Las Vegas when she was about 6-years-old. Jessica said she’s always had a love for animals and wanted to become a veterinarian, but she enjoyed the relationship with the animals that veterinary technicians had.  Jessica said her dream of becoming a vet isn’t completely out of the question, but added that she’s content with being a veterinary technician for the time being.

She’s worked at other general practices in Las Vegas but wanted to work more with exotics and gain more experience with exotics as well. Jessica has been at Lone Mountain Animal Hospital for about three months.

In her spare time, Jessica enjoys going to restaurants, hiking, watching television, and tries to stay active. She has three Chihuahuas named Scooter, Lucky, and Lenny.